I would imagine that pizza ranks highly on most peoples’ list of favourite foods, it certainly does in our house, and Saturday is generally pizza night in Chez Nous. It’s always a hit with our little people, particularly when they get to choose and arrange their own toppings. Homemade bases are always so much better than store-bought, but if you have your sourdough starter up and running you can take this to a whole new level– a sourdough pizza base is a heavenly food experience. This is how I do pizza; with a bubbly crispy crust and a lazy no-cook sauce. Toppings are a matter of taste, and usually a reflection of what’s knocking around the fridge and vegetable rack.

This recipe makes enough for four 9 inch bases, which is more than enough for 2 adults and 2 kids. 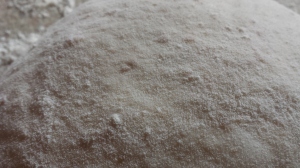 Sourdough base ingredients and method (begin 24 hours ahead of bake):

Mix your water and flour to a rough mass, cover and allow to autolyse for 30 minutes. Add starter and salt and knead for 5 minutes until a homogenous dough is formed. Cover and pour yourself a well-deserved Friday night tipple. Return to the dough every time your glass needs refilling and perform a total of 3-4 stretch and folds over a couple of hours. Finally form the dough into a ball (or whatever shape your now less compliant hands can cope with after a few drinks) and place it in a clean covered bowl. Place in the fridge until about 6 hours before it is needed the following day. 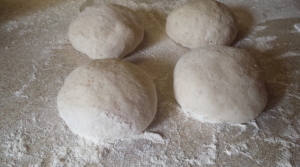 Preheat your oven to its maximum setting. For best results, it really does help to have a pizza stone on which to bake, but if you do, it’s vital to allow this to heat for at least an hour before baking. While the stone radiates heat well to help crisp your base, it takes at least this long to come up to temperature in the first place.

Around fifteen minutes before your bake, divide your dough into 3 or 4 pieces on a floured surface and form into balls. Now, I do not claim to be any kind of expert on shaping pizza bases, and I aspire to some day be able to toss and spin them like a pro, but you basically want to get an even thickness over most of the base, while leaving around 1cm at the perimeter which has not been stretched in order to give your lovely bubbly crust. Try to drape the dough over your knuckles and allow it to stretch under its own weight while rotating it until it’s reached the desired thickness. 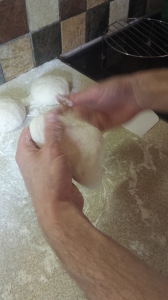 Place your now perfectly formed dough onto a baking sheet and apply sauce and toppings.

Chuck everything into a blender and blitz until well chopped/mixed.

My two top tips for producing great pizza at home would be to make sure your oven (and preferably stone) is really well heated, and don’t overdo the sauce or toppings, as you’re likely to end up with a soggy mess instead of a glorious crispy delight.

Your choice of toppings will be your own, but ours this weekend were: 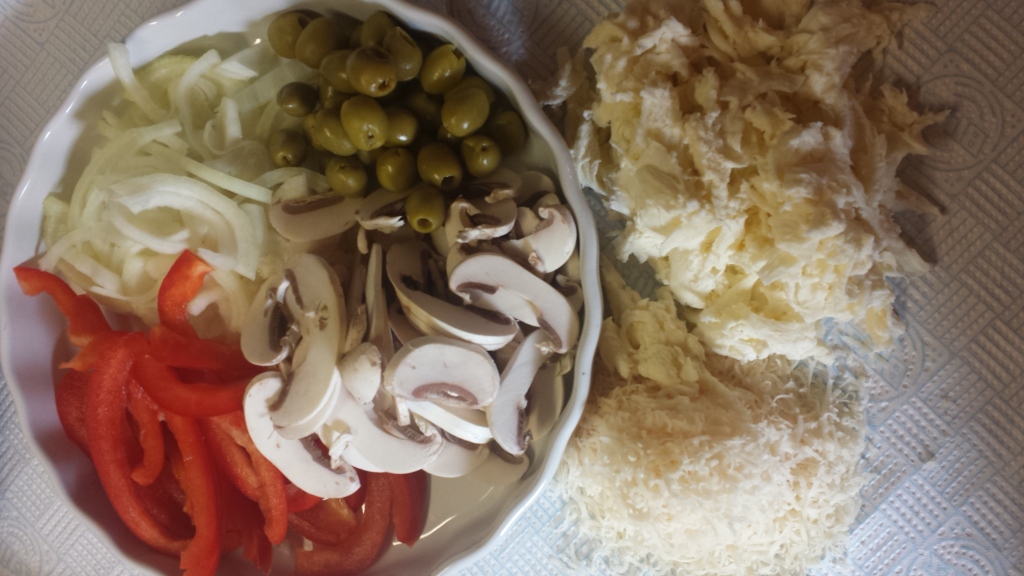 Despite what pizza snobs will tell you, you CAN produce great pizza at home, and I can honestly say that I have only ever had pizza superior to my own (in Ireland) in Bruno’s of Kinsale and the inspiring Dough Bros in my hometown of Galway. So go for it, get your starter bubbling and get baking!